Let me drop a dazzling question, much as you might drop a track on a crowd about to hit a massive peak of orgiastic dance frenzy: 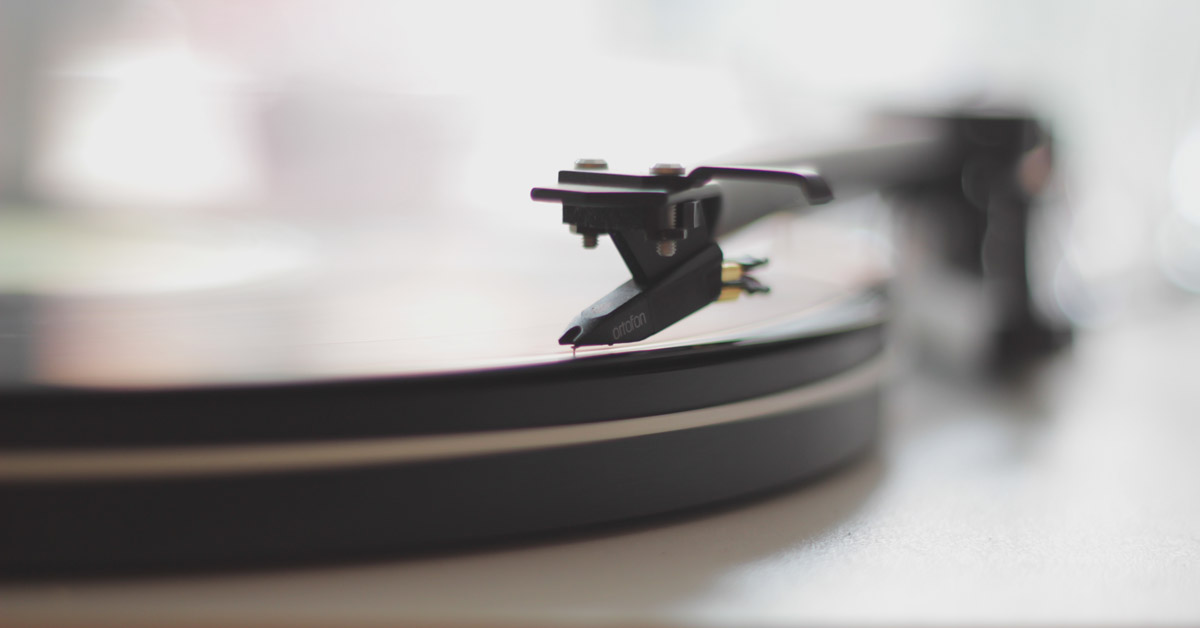 What technology could usher in a new era of unparalleled creative freedom, artistic control and collaborative expression?

OK, given the title of the article you probably already know the answer to that compelling question, but your follow up is most likely “why?”

In our introduction to blockchains for metadata and licensing we looked at some broad issues about this emerging technology, but now we’re going to look at how this will effect DJs and producers.

A little context. While writing as the Founder of Resonate, I’ve also produced six albums and have DJ’d house, minimal techno and breakbeat on vinyl. (So this is all very familiar territory for me.)

In our previous blockchain article we had an image showing a simplified DAW sequence: 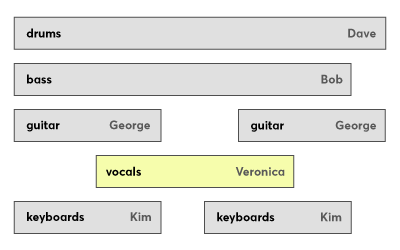 While this sequence is a song composed from a band’s perspective (i.e. drums, bass, guitar, etc) let’s look at it as if this was a minimal techno track created by two producers with a guest vocalist.

Pay close attention to what happens to the names. 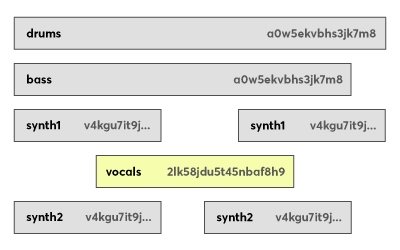 What are those numbers?

Cryptographic hashes. Blockchain ID numbers that say you are the author of those particular stems.

Having these blockchain hash IDs built in to the metadata for a track means being able to automatically track royalties, do licensing, authorize remixes and allow for creative experimentation in so many different forms it’s not even possible to anticipate them all.

It all has to do with the way blockchains allow data to be moved around the globe, instantly accessed through decentralized databases that no one controls, enabling:

Beyond the obvious implications regarding the movement of data through online apps, one critical area to consider is performance royalties.

We recently heard that the AFEM (Association for Electronic Music) states that over 130 million Euros is mis-allocated each year due to discrepancies in reporting of performance royalties in clubs and festivals. A STUNNING amount of money by any calculation.

DJs are reticent to supply festivals and venues with set lists as this is where their livelihood resides – maintaining secrecy about remixes, white labels and early releases can be a DJ’s bread and butter. As a DJ myself, there’s no WAY I’d hand over a set list on paper or by email to a promoter. Say goodbye to exclusivity!

But what if a device/app was securely tracking the content, identifying each track in the blockchain, instantly reporting to collection societies and therefore bypassing the risk of exposure? I’m sure there are tens of thousand of producers who would be thrilled to get their fair share of that missing 130 million Euros if a system was in place to effortlessly track performance usages while maintaining exclusivity for DJs.

How we’re gonna get there 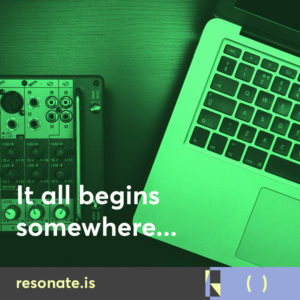 Obviously, something this big is gonna take time to build, because a LOT of people and companies will need to adopt this technology for it to work as described. But what we’re hoping you’ll see here is a vision for the future and how you can be part of it.

In the short term we’re building a blockchain database for original works which is what our whole streaming system is based on. This isn’t about the full vision described above, but a starting point that will allow us to pay one-to-one for everything that is played in our app.

In the short term we’re also in discussions with a major DAW developer who will partner with us on creating a method for exporting blockchain IDs into their stems, so we can start prototyping a system for tracking individual stems in remixes and other apps.

The long term… we’ll have the full system mentioned above. Honestly it may take years to see all the benefits, but there is little doubt that it’s coming. Just check out the members of the Open Music Initiative and you’ll see there is a LOT of interest in this tech.

How this will impact DJ mixes on Resonate

As I write these words right now I’m listening to an amazing mix by UUSVAN on (what looks like) a Russia-based electronica site. This website is my developer’s soundtrack* because there’s nothing I love more than working on Resonate with a wicked deep techno mix in my Xone headphones.

That site is probably totally illegal. Illegal in the sense, not of what the community wants, but what the industry wants.

As much as we would love to have our blockchain utopia where we can set up complicated licensing terms that allows anyone to use our tracks for free in a DJ set but charge a company a fat fee to add it to a TV commercial, we’re not there yet.

The way forward for us isn’t going to be to repeat the same mistakes other startups made by creating conditions where lawsuits will put us out of business before we really get started.

The way forward for Resonate is to first build our transparent and accountable music streaming system where every play is counted and paid for fairly. Unlike other streaming services that don’t pay a per stream rate Resonate offers a totally unique model called #stream2own which means artists will always get directly compensated for every play.

Because we count and pay for every play, that means that in order for the system to work, every track in a DJ mix would also have to be available as an individual track in the system. We hope to launch with enough amazing music to make that a viable possibility, but it also means not having total freedom in the short term. Remember, in the long term, the blockchain will give us those opportunities, but in its full scope it will take a few years to see that reality.

The exception to the rule is you’ll still be able to upload complete mixes for personal sharing (like sending a mix to a promoter to get booked for a gig). Maybe some other scenarios – we’re always open to suggestions, as long as it doesn’t violate the first rule of Resonate… musicians and producers always get paid for every play unless they specify otherwise.

But the wild west free-for-all that comes with sites like the Russian one I’m listening to right now… well, until we’re able to get everyone on Resonate, that won’t be possible.

How you can help

Then ask all your favorite producers to do the same. 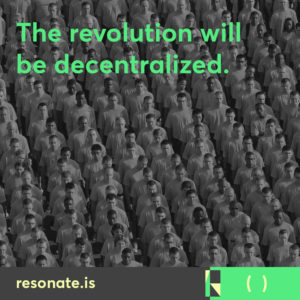 That will give us a big enough catalog on launch to ensure honest streaming for DJ mixes. In the short term it will also mean that every track uploaded into our system will have it’s own cryptographic blockchain hash ID, getting us all one step closer to building the blockchain utopia we described.

It means you’re as much an owner as I am.

Together we can build it.

*now that our beta test is running, I only listen to our own app during work 😉