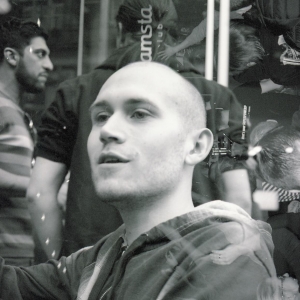 This user account status is Approved
General info
Sevish
Sevish (aka Sean Archibald) is an electronic musician from London, UK. He produces drum & bass and other electronic dance music with layers of atmospheric, warped harmonies. In a time where most of the world uses the same 12-tone tuning, Sevish writes his music exclusively using microtonal tunings. Pop structures and familiar tropes are subverted or avoided entirely, while keeping things funky. It’s the perfect music for blocking mind-altering radiation. Since his album Golden Hour, Sevish’s technique has included a dark art known as microtonality/xenharmonics. For short, we can call this xen. The xen aesthetic tries to achieve new musical ideas by making things more (or less) in-tune than normal music. This is done by tuning instruments to some tonal system far different to the 12-tone system we hear daily. In 2010, Sevish’s music was included in various performances of the 60×60 project. 60×60 brings together 60 works from 60 composers, each a minute long. Submitting under the name Sean Archibald, his work See Now was used in the 2010 International Mix, Crimson Mix and Untwelve mix. It was also performed in the 60×60 Dance Mix @ Stratford Circus, where is was combined with salsa dancing from SALSAMOVES, and choreographed by Paul Harris (“the World’s only wand combat choreographer” who worked on Harry Potter and the Order of the Phoenix amongst other flicks and TV bits). Sevish’s music has been put out by the Dutch label Dubbhism Deluxe. In 2011, Sevish, Tony Dubshot and Jacky Ligon released an album called Subversio to online music shops and popular streaming services. In this project, each of the 3 artists provide 3 tracks each. So it’s more of a musical triptych than a band album. Each of the musicians on Subversio combine xen with beats and bass, but their individual styles contrast and compliment. Tony Dubshot excels at trippy electro dub with lots of analog processing. Jacky Ligon’s style is often described as oceanic or panoramic, with fluid and rotating beats and deeply moving atmospheres and melodies. In 2014 Sevish, Tony Dubshot and Jacky Ligon followed with 23, something of a mini-album in the same stylistic ballpark as 2011’s Subversio. Numerology, conspiracy and ancient knowledge is something that the trio is attracted to, and 23 is inspired from that. Sevish’s influences are varied. 90’s rave and drum’n’bass. Mid-20th Century electronic music like Wendy Carlos and Raymond Scott. Smartypants dance music like μ-ziq, Squarepusher, Aphex Twin and all them lot. Gamelan. Minimalism and extremely repetitive music. And also music which has no repetition at all. Field recordings and all sounds in their entirety. Ambient and drone music. Video game soundtracks—with a soft spot for Sega Genesis FM sounds. Funk. 80’s club music. Modern day xenharmonic music such as Jacky Ligon, Brendan Byrnes, City of the Asleep, Elaine Walker and many others. Jazz. Ancient music. The traditional music of various peoples and other earthlings. Glitches. Breakcore and other -cores. Prog, space, or psychedelic anything. Hip hop and beats.
United Kingdom
Links
https://sevish.com
https://twitter.com/sevishmusic
https://www.youtube.com/sevish