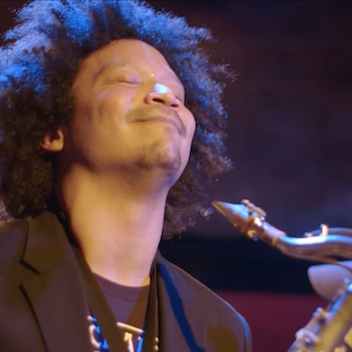 This user account status is Approved
The player for Tacuma Bradley's Unity Band has moved.
Launch the player
General info
Tacuma Bradley's Unity Band
Tacuma Bradley's Unity Band has that SWING. It all starts with Will Slater on bass, bringing the groove as drummer Jeremy Noller gently drops in the mix but not in the WAY. Daniel Levine (Underground Horns) on trumpet with some smooth lines and interplay with Tacuma on sax. Add Nick Sanders on keys and the groove is complete, as MC Tavi Fields (who once played a muppet alongside Common) tells it on the mic. This is a band that knows how to chill - the interplay feels like a group of cool cats who grew up in the neighborhood. The kind of thing that just makes you feel cool.
United States
Links
http://www.ropeadope.com/artists/featured/tacuma_bradleys_unity_band/
https://twitter.com/LetsTacMusic
https://www.facebook.com/LetsTacMusic/
Music info
Hip HopJazz