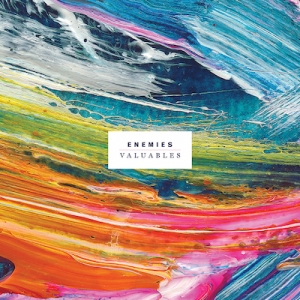 This user account status is Approved
The player for Enemies has moved.
Launch the player
About
Artists
Enemies formed in the summer of 2007 in the village of Kilcoole, County Wicklow, which has been an epicenter for DIY music in Ireland over the last few years. In spring 2008, encouraged by that burgeoning local scene, Enemies released their debut EP Alpha Waves, which led to two Japanese labels (Machu Picchu Industries and Stiff Slack) picking up the band for releases. The quartet followed their debut EP with a free double-A side single. In June 2010, Enemies released their debut LP via Richter Collective in the UK & Ireland and Stiff Slack in Japan. WeÕve Been Talking features pressings of the bandÕs own unique take on instrumental rock. It's nuanced, melodic, ferocious and emotively energetic. In the spirit of DIY, their follow-up, Embark, Embrace, was recorded and visually designed by the band with engineering handled by a close friend, James Eager of The Hive Studios. The album was the first release on the bandÕs own label, Heavyweight Records, with Topshelf handling everything in the U.S. Their last release, Valuables, is intricate, thoughtful, atmospheric and moving. It's a bummer that such a great band decided to call it quits, but we're grateful for having been able to work with them over the years.
Info
Rock
Links
http://www.enemiesmusic.com/
https://www.twitter.com/enemiesmusic
https://www.facebook.com/enemiesenemies
http://instagram.com/enemiesenemies
https://www.youtube.com/watch?v=ntWBZ0DzW1M&list=PLCOgX8TW9tS8BZtitTtseyw3nyV8FiPJS