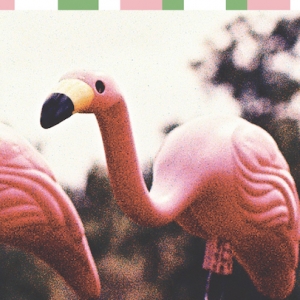 This user account status is Approved
The player for Fake Problems has moved.
Launch the player
About
Artists
Evolution is a naturally occurring force in life, however there's nothing predictable about Fake Problems sonic journey from underground heroes to indie rock trailblazers. Since forming in Naples, Florida, five years ago the group--which includes vocalist/guitarist Chris Farren, bassist Derek Perry, drummer Sean Stevenson and guitarist Casey Lee--have released two critically acclaimed full-lengths, won over countless fans all over the world and toured and played shows with everyone from The Hold Steady to Frank Turner. However with their sophomore release on Side One Dummy Records, Real Ghosts Caught on Tape, Fake Problems have exceeded even their own lofty expectations by creating a cerebral masterpiece that sees the band fully reconciling all of their seemingly disparate influences and proving it's finally their time to step into the spotlight. Recorded with Ted Hutt (The Gaslight Anthem, Lucero) in California, the album sees the band stripping down the expansive orchestration of 2009Õs ItÕs Great To Be Alive and discovering what magic lurks at the core of Fake ProblemsÕ collective psyche. "We wanted the album to be a little more subtle and let it speak for itself," Farren explains when asked how found the act found the inspiration to craft a unique brand of music that manages to incorporate elements of infectious indie rock & roll and '60s girl groups--the latter of which is aided by crooning vocals courtesy of Fake Problems' longtime friends/fans Arrested Development's Mae Whiteman and Alia Shawkat. Farren also acknowledges that Hutt helped the band realize their Phil Spector-esque wall of sound production style they had in their heads, which allowed them to transcend the DIY punk scene they grew up in without abandoning their roots. "In the past we would jam so many ideas into one song and it would just be too much," Farren admits. "Ted helped us realize that while that approach is very creative, itÕs wasn't the best way to go about writing this record" he continues. "This album was a good exercise in restraint and filtering the ideas so we could make every good idea really count." From soul-inspired indie-rock experiments like "5678" and chilling compositions like "Ghost To Coast" to sparkling beach punk-inspired gems like "Complaint Dept," Real Ghosts Caught On Tape effectively shows how Fake Problems have organically developed into one of rockÕs most exciting acts and will undeniably see them attracting a whole new base of music fans who are looking for something in what they listen to that canÕt be easily described or marketed. "The song 'Complaint DeptÕ was such a different thing for us to do because all of the guitar parts are so intricate and noodly," Farren says when asked about some of his favorite moments on the album. "It was just so fun to be able to do that with our band because itÕs surprising for a Fake Problems song, but it works for us." Real Ghosts Caught On Tape also sees Farren expanding his lyrical paletteÑand while heÕs become well known for his theological imagery, this album sees Farren exploring himself more as opposed to any external deities. "ThereÕs a theme in the lyrics of uncertainty," he explains. "ThereÕs an emphasis on fear, trying to persevere, not giving up hope and doing the best you can to stay positive," he continues. "ItÕs more of a record about being yourself and living your own life than it is about any other person, concept or idea," he summarizes. Although lines like "When I reach the pearly gates of hell, I'll send those dimes back up the wishing well with a note tied to each that reads 'Nobody's listening.'" (from "Complaint Dept.") still display FarrenÕs gift for wordplay and metaphor, "itÕs more of a conversation than a sermon." That said, Real Ghosts Caught On Tape isnÕt going to make Fake Problems an easy act to categorizeÑbut thatÕs something that they wouldnÕt change for the world. "Creatively we always molded our band from the beginning so that weÕd be able to do anything and tour with anyone from Against Me! to William Elliott Whitmore to even the Dillinger Escape Plan," Farren explains. "I think itÕs kind of hard to slap our name on a sticker and recommend us if you like another band, but I think in the long term itÕs definitely a blessing that weÕre not pinpointed into one thing," he continues. "We really donÕt ever want to be that type of band." "Sometimes I dream of getting in my car and driving straight through the night," vocalist Chris Farren croons on the intricately arranged ballad "Ghost To Coast." Real Ghosts Caught On Tape is the perfect soundtrack to that journey from darkness to light, showcasing a band who have grown to new artistic heights lying on the other side of the horizon.
Info
Rock
Links
http://www.topshelfrecords.com/roster/fake-problems
https://twitter.com/fakeproblems
https://www.facebook.com/fakeproblems
https://instagram.com/fakeyps/
http://www.youtube.com/watch?v=yCtdq6bgU4U&list=PLCOgX8TW9tS92roLrMImJiO_b6DE7GJxy