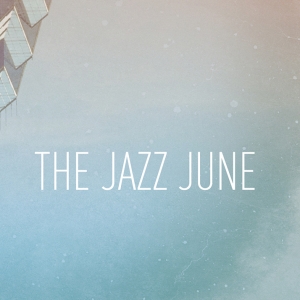 This user account status is Approved
The player for The Jazz June has moved.
Launch the player
About
Artists
The Jazz June started their eight year run in 1996 in a small town in Pennsylvania named Kutztown. The 5 of them all met at Kutztown University and started playing shows in basements and garages throughout Kutztown, PA. The band took their favorite aspects of indie rock, punk and post hardcore and made it their own. Each songs precision seems to be countered by just the opposite - the ever-so-often changeups can throw the new listener off a bit, creating a conglomeration of noise and melody as if 5 different bands were to play at once. The band stopped playing live in 2004, but remained close and continued to write songs and collaborate on each others projects. In 2013 the band has returned to form in a non-traditional or virtual sense and have indicated new songs are in the pipeline.
Info
AlternativeRock
Links
http://www.topshelfrecords.com/roster/the-jazz-june
https://twitter.com/thejazzjune
https://www.facebook.com/thejazzjune
http://instagram.com/_thejazzjune_/
https://www.youtube.com/watch?v=lmC8NfEWEug&list=PLCOgX8TW9tS9XIIErlM4srez4f1oWKAzn