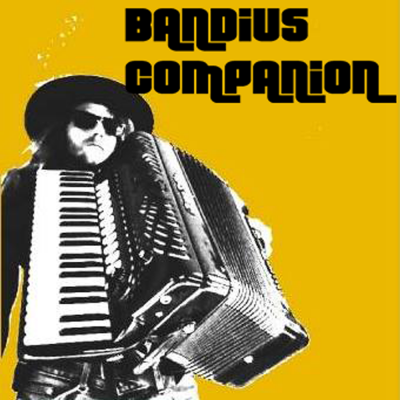 This user account status is Approved
The player for Bandius Companion has moved.
Launch the player
General info
Bandius Companion
Started as the solo project of a musician digging his accordion and exploring sounds, developing his craft between daily street performances and studio sessions. In 2014 the first releases appear with the singles “Pupu Naich” and “Rosewaltz”, both extracted from soundtracks for films and theatre. B.C. goes back to street performances until 2015 and with compositions created in that period produce “Gastank” with the Italian electronic master Paul Pet (Polpette - Dharma Label) and “Bailè”, a composition from the street repertoire. The next recording session begins in Venice and ends in Barcelona in 2016, inspired by old exotica and waves of traditional folk from the 60s and 70s. “Selected Grooves" became a cult EP for his followers.
Barcelona
Spain
Links
bandiuscompanion.com
bandiuscompanio
bandiuscompanion
bandiuscompanion
UCQhmWumjIhIL9judsM6x5HQ
Music info
FolkInstrumentalPopRootsWorld