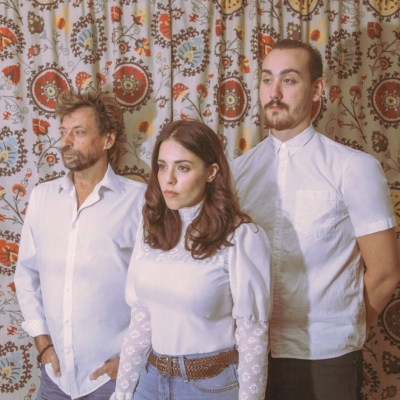 This user account status is Approved
The player for Highland Kites has moved.
Launch the player
General info
Highland Kites
Highland Kites’ confessional anti-folk could easily be misconstrued as indie rock. With their angular grooves, new wave leanings and sharp-witted lyrics, the LA-based twosome exude an off-the-cuff coolness that is effortlessly backed by a hard earned substance. The band is the brainchild of singer-songwriter Marissa Lamar who spent the majority of her 20’s very ill with Lyme disease. As the symptoms progressed, Lamar medication increased and she found herself stagnating as the years passed her by. She watched friends fall away and became resigned to her predicament; not entirely sure she was going to make it. Music emerged as her saving grace; giving her a reason to persevere and ultimately share her life-affirming strength as she overcame her illness. By weaving hope, positivity and closure into her songs, Marissa was able to create compelling and often dark content that ultimately felt uplifting. She still maintains her “goal with music is to make people feel better even though most of my songs are themed around painful experiences.” With a few original tunes under her belt, Lamar began gigging solo around LA and finally formed Highland Kites in 2014 with drummer Neil Briggs. Their first EP, So Vicious, caught the attention of producer Raymond Richards (Local Natives, honeyhoney, etc) who reached out to the duo about working together. They all clicked immediately and Richards ended up producing their first full length album All We Left Behind which climbed the college radio charts in 2015, with over 70 stations putting it in heavy rotation, and garnered notable mentions in local press including a glowing article in Buzzbands LA.
Links
http://www.highlandkites.com/
https://twitter.com/highland_kites
https://www.instagram.com/highlandkites/?hl=en
https://www.facebook.com/highlandkites/
Music info