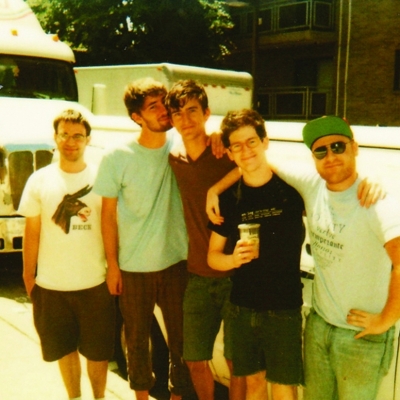 This user account status is Approved
The player for Aeroplane, 1929 has moved.
Launch the player
General info
Aeroplane, 1929
The short version: Aeroplane, 1929 is a band from Springfield, Massachusetts, and New Haven, Connecticut, composed of core members Alex Mazzaferro, Jacob Goldman, Noah Goldman and Wil Mulhern, plus a rotating cast of friends and contributors. Formed in 2005, the band has four releases -- 2006's To Persevere, 2007's The Holy Ghost, 2008's Original Sin, and 2010's Attic & Cellar -- each of which they recorded themselves in the Goldmans' New Haven home. Aeroplane, 1929 has played extensively in New England and has undertaken several northeastern tours. While the band's last record, Attic & Cellar, was slated as its final one (with members having spread outward to the greater northeastern United States over the last six years), it remains unclear what the future will hold for Aeroplane, 1929. Despite being on hiatus, periodic live performances in Massachusetts, Connecticut, New York and New Jersey are possible and probable, and the band is always writing and recording in various configurations. Stay tuned for news about its death and/or resurrection.
United States
Links
http://www.topshelfrecords.com/roster/aeroplane-1929
https://www.facebook.com/pages/Aeroplane-1929/131981730153964
Music info
AlternativeRock