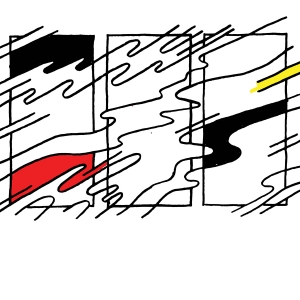 This user account status is Approved
The player for Solids has moved.
Launch the player
About
Artists
Solids' 2014 debut LP Blame Confusion (Fat Possum/Dine Alone) was lauded for its revved-up take on alt-rock from the early '90s. Its poppy melodies set against a dense, relentless soundscape pointed to guitarist Xavier Germain-Poitras and drummer Louis Guillemette's formative years in the hardcore scene. Their latest EP, Else, was released on Topshelf/Dine Alone Records in April 2016. It sees the band checking in after a year of near-endless touring. Having played more than 200 shows in 2014-2015 with the likes of Pity Sex, Makthaverskan, Nothing, PUP, Single Mothers and Metz, the EP reflects that road weariness with a group of songs that vibrate at a lower frequency. These tracks document the waiting, the bleary-eyed confusion and the blur of days that come with life on the road. The EP serves as a melancholic deconstruction of the '90s slacker ethos explored on their first LP. But it also charts Solids' transition into a wider and more experimental sound, borrowing strands from Dinosaur Jr., Hum and Unwound and coiling them into an anxious, alienated sound that's all their own. The final product is a snapshot of a band that's travelled 5000 miles in 19 minutes; a band that's chained itself to the road in search of inspiration. And in case you were worried, even with their recent successes and ambitious new approach, Solids still jam econo. Whether they're playing major events like SXSW, CMJ, CMW, Osheaga, Pop Montreal, The Great Escape and Sled Island or in some packed and humid basement, Xavier and Louis sweat blood because they donÕt know any other way to make music.
Info
AlternativeRock
Links
http://solids.bandzoogle.com
https://twitter.com/solidsmtl
https://www.facebook.com/solidsmtl/
https://www.instagram.com/solidsmtl/
https://www.youtube.com/user/SSSOLIDSSS