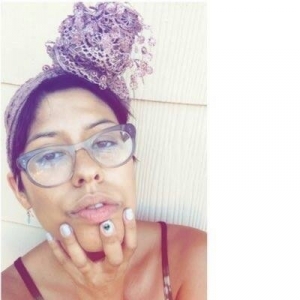 United States•https://conrazon.me/about/
This user account status is Approved
Nati grew up on the island of Shaolin, also known as Staten Island, New York City — close to both the world’s largest garbage dump and the oldest continuously inhabited free Black community in the United States. She’s the child of Cuban and Colombian immigrants who landed in Queens in the late 1960s, benefited from low-cost public college and raised her with a love of learning, exploration and music. As a mami, she strives to raise a son who can resist the patriarchy to become a full human being and embrace life’s contradictions. She comes to the solidarity economy movement after a decade witnessing inequities in the music and media industry while working with diasporadical and misrepresented artists. Nati tells the stories of people resisting Capitalism and building new systems, especially those creating a culture of revolution.