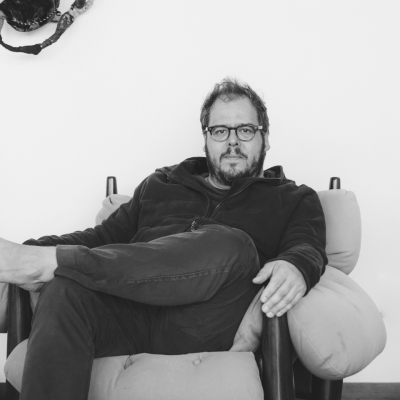 This user account status is Approved
The player for Rodrigo Tavares has moved.
Launch the player
General info
Rodrigo Tavares
Maintaining a meditative mood across it’s nine instrumental pieces, Congo blends composition and improvisation with subtly experimental yet sophisticated arrangements that evoke the mood and rhythms of classic Brazilian artists such as João Gilberto, Dorival Caymmi, Tom Jobim, Milton Nascimento and Caetano Veloso. Rodrigo's work draws on a lifetime of disparate influences and immersive listening, and on Congo we can hear elements of jazz, post rock, minimalist composition and disparate global sounds melt together to create a deep listening experience that falls between genres and wilfully defies categorisation. From reverb drenched solo guitar pieces such as Cidade Sol I to expansive full group pieces such as De Roda or A Raposa E O Corvo, Rodrigo has crafted a lush soundworld that rewards exploration and will appeal to fans of music as diverse as Joshua Abrams and Natural Information Society, Collocutor, BadBadNotGood, Slint or late Talk Talk, as much as it does to lovers of Tom Jobim or Milton Nascimento. Accompanying Rodrigo on guitar is Pedro Santana on the acoustic bass, Felipe Continentino on drums, Felipe Bastos handling the percussion, Breno Mendonça on saxophone and Fred Selva on vibraphone. The genesis of Congo was a transformative road trip through Brazil which took in a Sun City Girls show in a remote former gay club, and a visit to a spiritual healer named John of God in a faraway central Brazilian town named Abadiânia. The end of the trip marked the beginning of a fertile creative period for Rodrigo: "I decided that I would try to forge, in my own way, from my references, from my universe and from the collective intelligence and sensibility that surrounded me, fundamental melodies, repetitive, minimal, hypnotic rhythmic and harmonic patterns that would be crossed by some sort of improvisation, something that referred to a reality that existed before my individual history, that linked to the life of other places and other times.”
Belo Horizonte
Brazil
Links
www.hivemindrecords.co.uk
https://www.instagram.com/hivemindrecords
https://www.facebook.com/hivemindrecords/
https://www.youtube.com/channel/UCdtbdgIizdO1-NpoOhRJOfQ
Music info
AlternativeExperimentalInstrumentalJazz